Executive Courage: Do You Really Have It?

Courage and leadership often go hand in hand. Or so it would seem.

Yet, lack of executive courage is one of the most striking gaps at the top of many organizations, according to Jody Michael, CEO and founder of Jody Michael Associates.

When leaders lack executive courage, their fear — of having a confrontational conversation, making the wrong decision, facing board disapproval or creating disruption by taking action without consensus — significantly impacts their leadership capacity.

What’s worse, they are often blind to this leadership gap and the ripple effects it has on the organization.

“One of the biggest impacts of a lack of executive courage is that it causes bottlenecks,” Jody says. “In a time where speed is critical, especially in fast-moving industries like technology, the bottom-line effect can be significant. For example, retaining a weak leader simply to avoid the difficult and uncomfortable conversation needed to replace them can drag out and negatively impact the company for months, or even years.”

The consequences of that lack of executive courage are sometimes immeasurable and widespread, evidenced in a lack of alignment, lack of respect, lack of speed and lack of results. The frustration that ensues can even result in a lack of retention of talent.

This lack of executive courage systemically causes a variety of individual, team and corporate performance breakdowns, and the cost can be staggering.

“What’s amazing to me is that these executives don’t perceive that their lack of personal leadership development is the biggest gap in their performance — and that can cost the company dearly,” Jody points out.

“They’re generally so focused externally on all the obvious business metrics that they neglect (or lack interest in developing) the most important element of effective leadership: emotional intelligence. Somehow, they don’t connect the dots!”

Developing courage takes both time and practice, but like any other muscle, the more you flex it, the stronger it becomes, she says.

“Once you begin taking risks and seeing positive results, the momentum is in place,” Jody explains. “Acting, speaking and trusting with courage soon become second nature. You believe in yourself — and are also perceived as a more effective and powerful leader.”

The conversations inside your head are usually the nemesis of executive courage, forcing you to push aside the hard decisions — or crucial conversations — around performance issues, budget shortfalls or company policy. 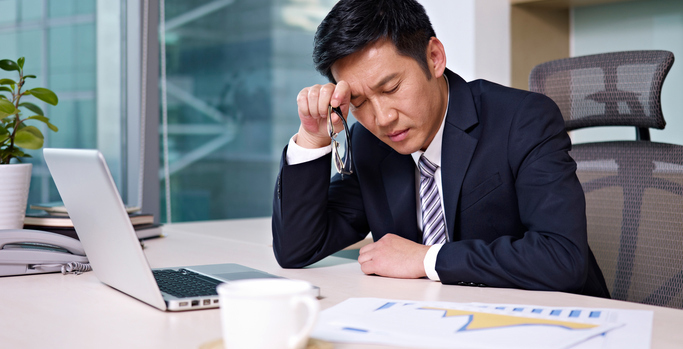 The trouble is, ignoring them doesn’t make them disappear. And failing to act can be costly.

“Leaders are rarely faced with black-and-white decisions,” Jody explains. “But the ability to make sense of challenges in the gray area is key to effective leadership.”

Acting in a courageous manner involves taking the initiative, trying new things, going out on a limb — often, before you have all the data. In fact, it’s rare that one has all the data and yet, decisions — sometimes critical decisions — must be made.

Executive courage involves having an awareness that you’re feeling triggered or uncomfortable, and despite that feeling, having the ability to power through the discomfort and act rather than avoid or push away. 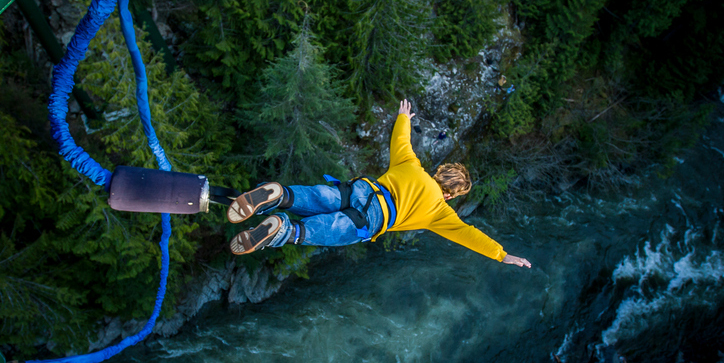 Courageous leaders are willing to fail, in part because taking risks involves the possibility of failure, but also the possibility of big reward. They are confident. They remain strong in the face of challenge. They embrace mistakes as a vehicle for learning, mentoring and making future decisions.

“The price of inaction is far greater than the cost of making a mistake.” – Meister Eckhart

THE IMPORTANCE OF COURAGEOUS COMMUNICATION

Leaders who lack courage tend to avoid crucial conversations, deeming them too uncomfortable, messy or political. Instead, they bury their heads in the sand — or at least feign oblivion.

They maintain the status quo, missing opportunities for innovation, stagnating progress, and leaving low-performing employees in positions they don’t deserve.

By contrast, courageous leaders are open in their communication, addressing rather than avoiding challenges and, as a result, move things forward. 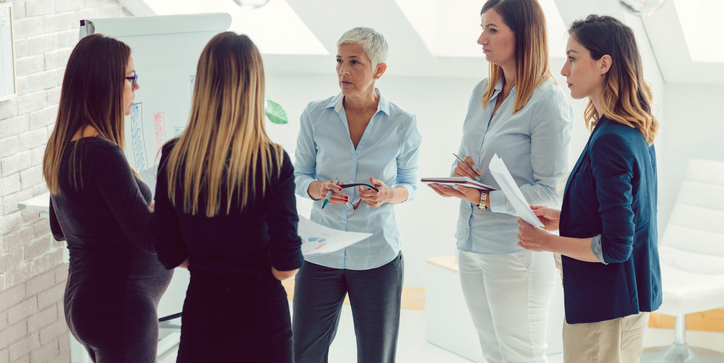 Adept at keeping political infighting, posturing for power and empty threats at bay, they:

Companies are in the business of making, managing and keeping promises: Services, processes and products will be delivered on time and in line with expectations.

“One of the most courageous things a leader can do is to prudently lend trust to others,” Jody says. “The inability to let go — to ease up on control, to delegate, to be open to input — hinders leadership capacity. That can be hard for some executives, particularly micromanagers who think that they can do x, y or z better than anyone else.”

Executive courage involves trust that when you give someone stretch goals, they’ll meet them. You aren’t threatened by others’ success; rather, you encourage it. A PERSONAL STORY OF COURAGE: FACING ONE OF MY GREATEST FEARS

My formative years were full of challenges. From an early age, I learned to conquer fear, build strength and develop self-confidence.

It takes a lot to rattle me; I can count, on one hand, the things that do.

Heights used to be among them — and, to be honest, they are still a challenge for me, but to a lesser degree.

Many years ago, I traveled to Maui. I was hiking along a picturesque trail when we came upon a ledge. A small ledge. With a wide-open space below it.

Stopping in my tracks, I became aware of someone hyperventilating. It was me. This was visceral fear. My body overrode any rational conversation my mind was attempting to have. And so I continued on the hike — in the other direction. When I returned to the hotel that evening, it dawned on me: This fear of heights is limiting. It’s time to meet it, head on.

Mustering a new level of courage, the next morning I signed up for a telephone pole ropes challenge — emphasis on “challenge.” The course consisted of climbing up a several-stories-high telephone pole, standing on the top of the pole and then jumping off to grab a trapeze-like rope several feet out in the abyss. Missing the rope meant hurling down a 30-foot drop.

In an effort to ease my nerves, Ned starting making small talk. He asked me what I did for a living.

“I’m an executive coach,” I answered.

The minute I uttered the words, it hit me: I ask my clients to take action, engage in crucial conversations and evoke bold changes that terrify them. And there I was, in a situation that terrified me.

At that moment, the thought of being a hypocrite was more off-putting to me than my fear. I knew what I needed to do. And I knew that, somewhere within, I had the courage to do it.

And so I did it. Knees knocking, I climbed the pole, took the leap (figuratively and literally) and missed the trapeze, hurling down to the earth — terrified. It was one of the most frightening moments of my life. It was also one of the most exhilarating.

No, I didn’t want to do it again. On my subsequent trips to Hawaii, I’ve stayed on solid ground. But when I hike, I panic less when I see a ledge. Instead, I am able to approach it — albeit cautiously — and to appreciate the view.

In leadership, as in life, making easy decisions generally doesn’t move the needle — making the tough ones does.

Executive courage allows you to push through the fear — to stand on the cliff where you think your capabilities end — in the face of difficulty. Trust that the safety harnesses will catch you if you slip.

Allow courage to support you as you ascend to new heights of performance, impact and influence.