The #1 Secret to Increasing Your Likeability as a Leader

It is often said that people join companies, but leave bosses. Does being a likable leader matter? Research suggests that it does. In an Interact/Harris poll, 91 percent of employees complained about communication issues that prevented their bosses from being effective leaders. Top complaints ranged from failing to recognize employee achievements to not having time to talk to subordinates, taking credit for other people’s ideas, and — no joke — not knowing employee’s names.

It’s no wonder only 33 percent of the U.S. workforce is currently engaged in their work, according to the 2017 Gallup State of the American Workplace Report, with a direct line tracing back to leadership. Some leaders think that smiling more and handing out rehearsed compliments will increase their likeability quotient. Not likely. Most employees crave authenticity, recognition and encouragement from their leaders. The first step in cultivating these supportive relationships with employees is for leaders to increase their own emotional intelligence (EQ).

Being emotionally intelligent is not the same as being highly emotional; in fact, by definition, people with a high EQ usually have a pretty good handle on their emotions and can self-regulate. This ability makes them good leaders. Employees know they can consistently rely on these leaders, who will provide stability and strength through whatever circumstances might arise.

If you’re looking to develop a higher level of emotional intelligence, consider the following strategies:

Become aware — Many people go through life on auto-pilot, unaware of their mood states and their effect on others. Becoming cognizant of your own feelings and behaviors can be eye-opening, and the key to understanding “intent versus impact.” More often than not, when our executive coaches go in to debrief executives after conducting multiple qualitative 360 reviews, the executives receiving feedback are shocked to hear about the impact their mood states, words and behaviors have on others. 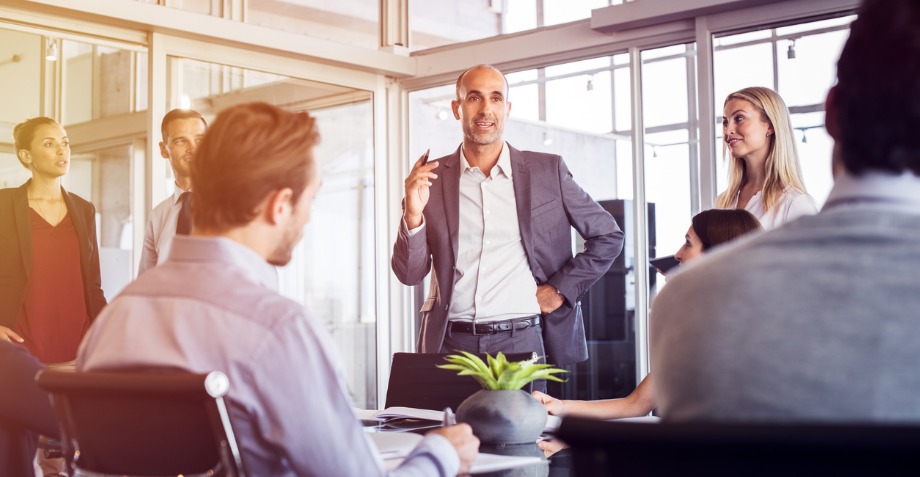 Communicate clearly — The importance of clear communication cannot be overstated. Making sure you understand — and are understood — prevents ambiguities, misinterpretations and, often, conflicts.

Be present — Put down your phone, close your laptop computer and focus. Distractions get in the way of productive contemplations in one’s own mind and meaningful interactions with others.

Manage stress — Stress is inevitable in most work environments, but how we respond to it is key. Your stress level impacts not only your own health and ability to think and communicate clearly, but the stress level of your employees as well. Do you remain calm in a crisis, thinking through various solutions, or do you fly into a frenzy? Emotional reactivity to external triggers doesn’t serve our performance, cognitive capacity, leadership ability or, ultimately, employee retention.

Being able to recognize the emotions that you and others may be experiencing can make you a stronger leader — not to mention a more likable one.

If emotional intelligence doesn’t come naturally to you, fear not. Working with an executive coach can exponentially increase your self-awareness and help you develop relational skills such as empathy, tolerance, support and appreciation.